Get fresh music recommendations delivered to your inbox every Friday.
We've updated our Terms of Use. You can review the changes here.

Swing And A Miss 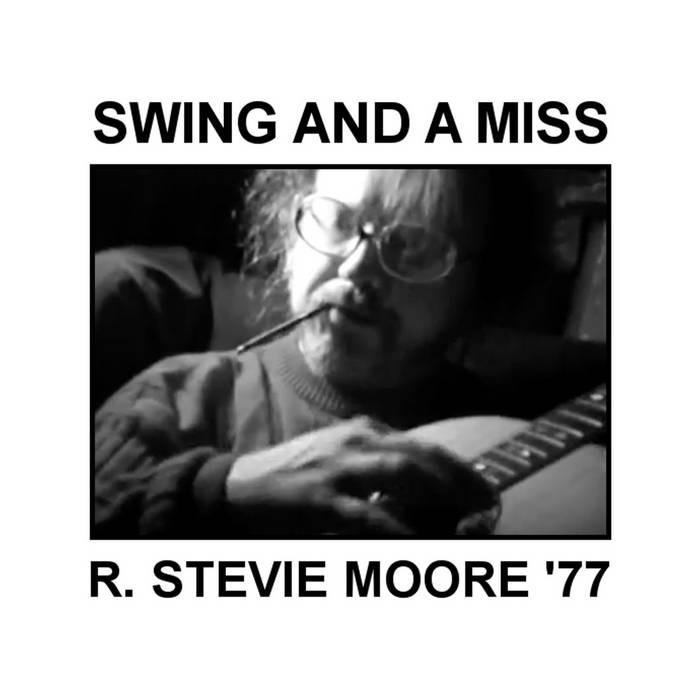 ''With a catalog as extensive and varied as R. Stevie Moore's, it's difficult to come right out and declare any single release to be his best work ever. However, an argument can certainly be made for 1977's Swing and a Miss. Unlike many of Moore's early tapes, there are no lengthy, tedious experiments here. The songs are an amazingly varied lot. Just the first three tracks move seamlessly from the pioneering synth rock experiment "Manufacturers" (which would eventually become one of Moore's best-known songs thanks to its inclusion on the popular new wave cassette sampler Trouser Press Presents the Best of America Underground in the early '80s) through the gossamer guitar jangle of the breathy "I Wanna Hit You" (which sounds like a lost Big Star classic) to the atmospheric darkness of the slowly unfolding instrumental "Flowers Sleep Into the Night." Elsewhere, Moore's knack for instantly memorable power pop tunes delivers the hard-rocking "I Just Want to Feel You" and "When You Gonna Find Me a Wife," McCartney-like acoustic ditties like "New Girl" and "Girl Go," strange but wonderful experiments like the synthesizer minimalism of "Terribly Honest" and the endearingly peculiar "Don't Let Me Go to the Dogs," the beautifully melodic instrumental "Andrea Bliss," the sheer bubblegum perfection of "Here Comes Summer Again," and the disco-tinged character study "Dance Man" (in which the lounge lizard protagonist of Roxy Music's "Love Is the Drug" gets shot down by the nubile innocent of ABBA's "Dancing Queen"). Along the way, Moore even throws in the enthusiastic recommendation of "Commercial" (an utterly sincere entreaty to America's record-buying public to rush right out and buy Kraftwerk's then-latest album, Trans-Europe Express), and the heartbreaking "Johna Lynn Escapes to Chicago," four minutes' worth of an audio letter from Moore's ex that manages to have the emotional impact of an Ann Beattie short story even though it's mostly just a list of the albums she's managed to bring with her. The album's centerpiece is the one-two punch of the biting "New Talent Needed All the Time," a shaggy dog story in the talking blues style that neatly sums up Moore's difficulties with the mainstream music business, and the anguished ballad "You Are Too Far From Me," one of Moore's most direct and powerful songs. As many excellent songs as Moore has recorded in his career, Swing and a Miss is arguably his finest 100 minutes.''

Pink Haze Records is an independent record label based in Montreal, Quebec, Canada.

Bandcamp Daily  your guide to the world of Bandcamp

The Hammer and The Relentless from the Boston band Malleus stop by for a chat.